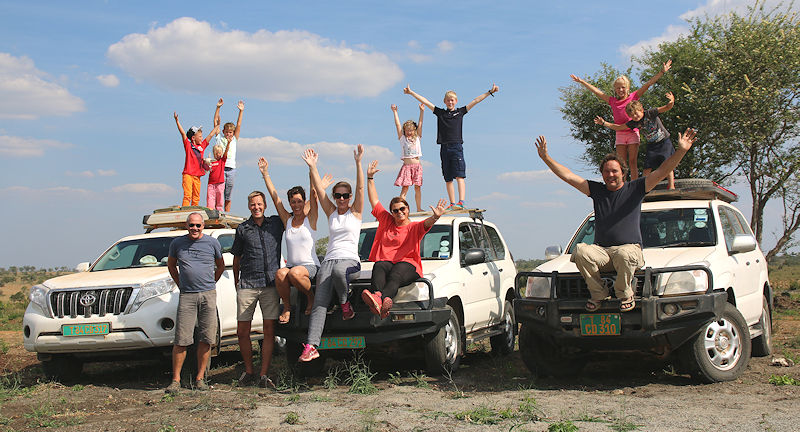 “Oldoinyo Lengai is a volcano in the Eastern Rift Valley, North Tanzania. Its name means ‘Mountain of God’ in the language of the Maasai people who inhabit this area. Oldoinyo Lengai is of particular interest to geologists because it is the world’s only active volcano that erupts natrocarbonatite lava. It is also the only active volcano in this part of the East African Rift Valley, though there are many older extinct volcanoes in this region. Oldoinyo Lengai rises about 2000 metres above the Rift Valley floor to a height of approximately 2886 metres.” Lake Natron is a salt or alkaline lake located in north Ngorongoro District of Arusha Region in Tanzania. It is in the Gregory Rift, which is the eastern branch of the East African Rift. The lake is within the Lake Natron Basin, a Ramsar Site wetland of international significance.

The lake is fed principally by the Southern Ewaso Ng’iro River, which rises in central Kenya, and by mineral-rich hot springs. It is quite shallow, less than three metres (9.8 ft) deep, and varies in width depending on its water level. The lake is a maximum of 57 kilometres (35 mi) long and 22 kilometres (14 mi) wide. The surrounding area receives irregular seasonal rainfall, mainly between December and May totalling 800 millimetres (31 in) per year. Temperatures at the lake are frequently above 40 °C (104 °F).

High levels of evaporation have left behind natron (sodium carbonate decahydrate) and trona (sodium sesquicarbonate dihydrate). The alkalinity of the lake can reach a pH of greater than 12. The surrounding bedrock is composed of alkaline, sodium-dominated trachyte lavas that were laid down during the Pleistocene period. The lavas have significant amounts of carbonate but very low calcium and magnesium levels. This has allowed the lake to concentrate into a caustic alkaline brine. 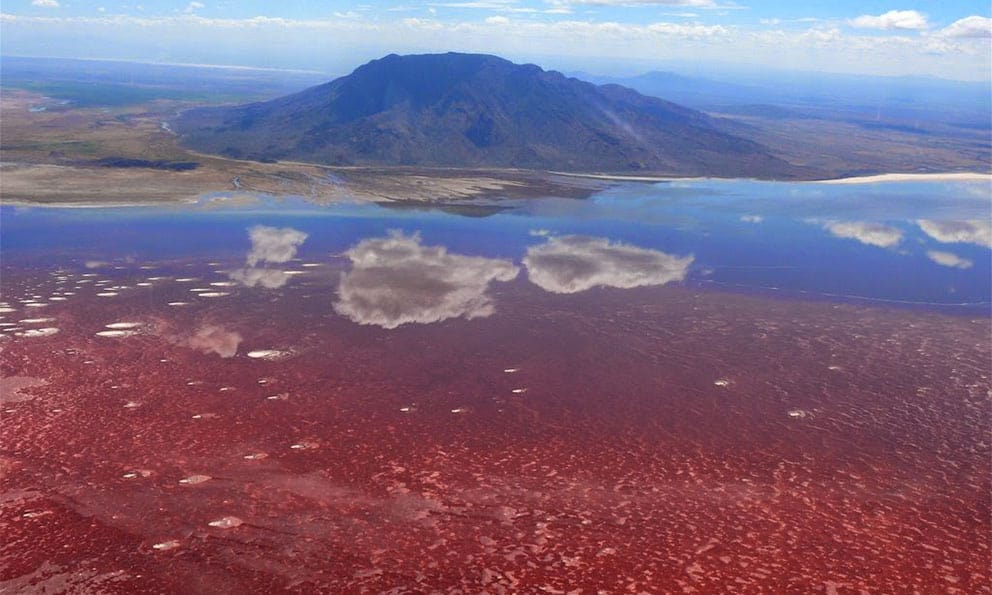 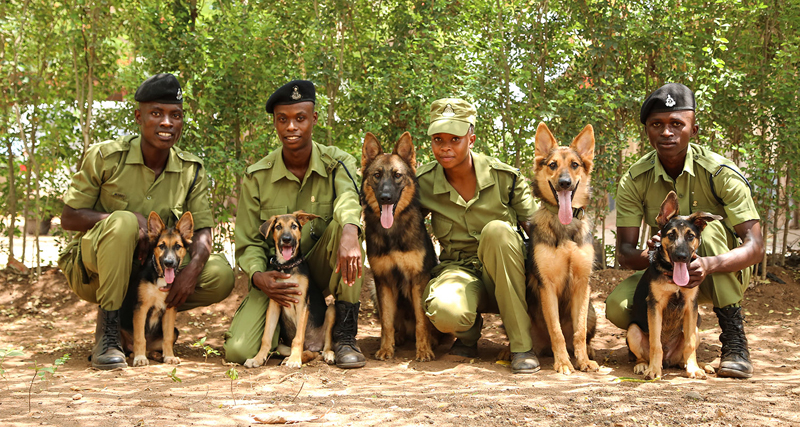 “Located on two islands close to each other just off the Tanzanian coast about 300km south of Dar es Salaam are the remains of two port cites, Kilwa Kisiwani and Songo Mnara. The larger, Kilwa Kisiwani, was occupied from the 9th to the 19th century and reached its peak of prosperity in the13th and 14th centuries. In 1331-1332, the great traveler, Ibn Battouta made a stop here and described Kilwa as one of the most beautiful cities of the world.
Kilwa Kisiwani and Songo Mnara were Swahili trading cities and their prosperity was based on control of Indian Ocean trade with Arabia, India and China, particularly between the 13th and 16th centuries, when gold and ivory from the hinterland was traded for silver, carnelians, perfumes, Persian faience and Chinese porcelain. Kilwa Kisiwani minted its own currency in the 11th to 14th centuries. In the 16th century, the Portuguese established a fort on Kilwa Kisiwani and the decline of the two islands began.
The remains of Kilwa Kisiwani cover much of the island with many parts of the city still unexcavated. The substantial standing ruins, built of coral and lime mortar, include the Great Mosque constructed in the 11th century and considerably enlarged in the 13th century, and roofed entirely with domes and vaults, some decorated with embedded Chinese porcelain; the palace Husuni Kubwa built between c1310 and 1333 with its large octagonal bathing pool; Husuni Ndogo, numerous mosques, the Gereza (prison) constructed on the ruins of the Portuguese fort and an entire urban complex with houses, public squares, burial grounds, etc.
The ruins of Songo Mnara, at the northern end of the island, consist of the remains of five mosques, a palace complex, and some thirty-three domestic dwellings constructed of coral stones and wood within enclosing walls.
The islands of Kilwa Kisiwani and Songo Mnara bear exceptional testimony to the expansion of Swahili coastal culture, the lslamisation of East Africa and the extraordinarily extensive and prosperous Indian Ocean trade from the medieval period up to the modern era.” UNESCO List of World Heritage “Selous – Africa’s largest protected area uninhabited by man, where Tanzania’s greatest population of elephants wander in an area bigger than Switzerland! The Selous (pronounced “Seloo”) is considered important enough to be World Heritage Site, in which the lucky few can experience a safari in absolutely wild and unspoiled bush.
The park is named after Englishman, Frederick Courtney Selous – conservationist, hunter, explorer and author, whose adventure books on Africa became best sellers in Victorian England.

The park varies from rolling grassy woodlands and plains, to rocky outcrops cut by the Rufiji River – the lifeblood of the park, whose tributaries form a network of lakes, lagoons and channels. Volcanic hot springs even burst forth in places. The Rufiji offers a superb method of game viewing especially during the dry season when animals congregate.”